This page is dedicated to the victims of 9/11. Honor their lives by leaving your memories here. We will never forget.

Isn't it time for someone to tell the truth about what really happened on 911? Those buildings went down in 12 seconds flat like a demolition. I don't think Muslims did it I think Israeli Jews did 911!

Still see some flags fly half mast. A constant and vivid reminder. RIP...

11 years have already past since that terrible day... We still remember you, and we will never forget... Rest In Peace.

dear earth, murdering was not why human was created.though it happened.i hold myself partly responsible for the attacks.i am part of life on earth. to all victims i cry........till i dy and when i dy... xnj noteboom apeldoorn burgersveld 727 holland

dear earth, murdering was not why human was created.though it happened.i hold myself partly responsible for the attacks.i am part of life on earth. to all victims i cry........till i dy and when i dy... xnj noteboom apeldoorn burgersveld 727 holland

My husband and I were both Limo Drivers. I worked the late shift. I was sound asleep, when the phone kept persistantly ringing off the hook. I grabbed the phone with the intention of yelling at the person on the other end for waking me. Before I got the chance, My husband obviously very upset about something told me to hurry and turn on the TV, Something horrible was happening, and all he knew was that everyone was being told to evacute Logan Airport immeadiately. (He had just dropped off a passenger) I tuned in just before Flight 175 hit the 2nd tower! I suddenly felt an emotion I had never experienced before! I felt fear like I had never known! I grew up in New York, watched the towers being built, and spent time there with my Aunt at work. It took my husband 3 hrs to get home that day. When he finally arrived, we spent the remainder of the day holding eaching other, crying,and watching the events unfold, and like everyone that horrible day sought answers as to why and how this could happen, thankful that we still had each other, and that our children were safe, yet tremendous sadness for those who were lost. We through our job, were aquainted with some of the passengers on both flights. Now, 10 years later, every image I see, brings back the same sadness and fear I felt that day. My heart goes out to all those who lost their lives that day, and to the loved ones they left behind. We will never forget!

It has been a decade since one of the most tragic events in American history So many of us back, nothing we could do, as we watched in horror the events of that one unforgettable day One deranged man, took it upon himself, to make sure death and destruction, the whole world would see The plan, he inniuated, he did this awful act with no thought and without delay. Almost three thousand were lost that day, these innocent souls never knew the way they would serve They gave the ultimate, some dying so fast, they never realized, they gave their lives, but not in vain As all this was going on we just couldn't believe someone would have this kind of nerve The pain and anguish that was felt, tears would fall, just like an unending rain. When the tragedy occurred, it made us realize, just how vulnerable, we really were Yes at the time we were weak, but their deaths, they just made us more determined and strong Those that would serve, from this insane man, they could not deter What happened that day was insane an very wrong. Imprinted on history and time are the feelings and the emotions of those who served The anguish, the anticipation of death, and the holes left in the hearts of loved ones Those that served, from the duty fate handed them, they did not serve Their deaths on the shoulders of us all it weighed a ton. Those who served, gave their lives, by no choice of their own But their deaths, made us more aware, aware of the evils that in this world exist From this terrible tragedy in 2001, we have only got stronger and grown Making us realize radicals and those that want to hurt us truly exist. Those who served, their grave would become known as ground zero And now on the grave site, we now have the Tower of Freedom A way to honor those who served, they will forever be our heroes So forever we will honor those who served and paid such a tremendous sum. Lanaia Lee

I remember it was second period and we all was getting ready to start the class when another student came in and told us to turn on the news and that there will be a prayer heard later on that day. We had no clue as to what was going on so we turned on the news and it was showing videos of the planes going into the towers it scared all of us. There was a bunch of kids who was crying and they went home early because we didn't know what was going to happen next. 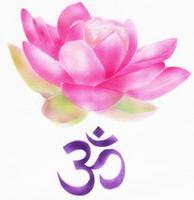 I was driving to work and heard the start of this on the radio. More about this horrible tragedy was being talked about when I was at work and the story was now becoming much clearer as to what happened - it wasn't accidental, it was terrorists! You cannot commit murder without being punished by the Supreme.

I was in States few times in last year and this year. Never missed the chance to walk to WTC. I felt a great pain in my heart to see the whole place which left in such a horrible mess by some irresponsible people and also the same people who is responsible for the death of many innocent souls. To everyone who lost their lives and to the family and friends they left behind,i feel the pain,i surely do. I am crying at the precious feet of God to bless and rest their souls for the place they are now is a better place with the Almighty. Time might can't heal the pain but God surely do. God bless all..

I remember going to class that day. Everyone was crying. I had no idea what was going on. Then I saw the news. I thought it was fake. Unbelievable. To this day it seems surreal. But I know God is watching over them. May he guide us all to the right path.

I Am 11 And Live In The London Went To NY In Feb. So Sad But Why R All The Street Sellers Making Money Out Of The Tragdey.Stupid Bin Ladan So Sorry Keiran

My name is Jamelle Allen. I am a student at Alabama State University. As a proud American I am saddened by the memory of this tragedy. But they did not die in vain. Our heroes live in our hearts forever. May we all come together, all religions and all races, to become a united America and defend our nation. We will never forget. - Jamelle

I was in high school then, and I attended private school. Preacher (our principal) came down the stairs into our class room carrying a television and said, " History is happening right now, we need everyones attention to the television screen please" what we saw was a building with smoke coming out of the side. We all kept saying what happened? when? where? why? And then all of the sudden the other plane came onto the live broadcast and hit the other building. I remember thinking who would do this to all of these unexpecting victims? And for what? To prove to your coward of a leader you did his job?! I am terribly sorry and have a heart felt prayer out still yet for those famillies who lost loved ones! Your in my prayers.-Dani

i live in nj and remember seeing the smoke from my house, my husband at the time was in nyc, when he did come home there was debris all over the car... god bless all the victims of the horrific tragedy!

May they all rest in peace, and safe in God's loving arms.

I was scheduled for a job interview that fateful morning. I was so excited that I did not even turn on my TV. I had left something at my mothers house so I stopped by there before hitting the highway. The second plane had just hit as I was walking into the house. She asked me what I felt about what had happened and I replied "How I feel about what". Thats when she told me what had happened. Shortly thereafter it was assumed that these were terrorist attacks. I immediately got on the phone and called the woman I had the job interview with see if she still wanted me to come with all that had happened. She stated "Of course to come on to the interview. That happened hundreds of miles away and probably will not impact us down here". (I am in the southeastern US). Needless to say, I did not go to the interview. I was too upset by the events and totally put off by her lack of compassion. My heart still grieves for all those lost lives ande the loved ones that they left behind.

I will never forget where I was, or what I was doing that day. We had to evacuate our offices and I had to rush across town to go pick up my son. The air was thick with fear. We started to get very nervous whenever we heard a low plane fly by. Soon after, there were no planes in the sky at all. Very eerie. What is your memory of that day?