For Mary Ann's friends and family who would like to join in paying a small tribute to her life. Please add any photos, musings, poems you would like to share. To view a slideshow of the photos, click on "see all videos" on the right.

I had the privilege of seeing Loretta, Ruth and Anya while they visited Aunt Sophie here in Ohio in May. Loretta was so gracious to give me some of Mary Ann's ashes to sprinkle where I wished. I went to our beautiful local "Green Cathredal", Mill Creek Park, to find the perfect spot in the Fellows Riverside Garden. Upon my return there this Sunday, beautiful tea roses were blooming in "Mary Ann's spot". I had no idea of what kind of rose was planted there until I read the sign, Princess Diana roses. Princess roses for Mary Ann, the princess who appreciated the beauty of all things, large and small. It's like another gift from her. Lindi

Lindi, how wonderful that you are keeping an eye on how Mary Ann is doing with the roses and that they are thriving with her help.

Even though I was quite young when Mary Ann had her farm house, I still remember visits there - especially around Christmas. She would always decorate with a thousand little santas, and I distinctly remember the yummy smell of gingerbread men! As I got older, Mary Ann moved away from the Cape but sent me post cards and gifts from the places she had been. My favorite was a tiny sterling silver and turquoise ring that fit perfectly on my little finger. I took a wonderful trip with my mom to visit her in Flordia when I was in high school, and I remember how much work she had already put into it - but of course she said she wasn't nearly finished! These are just a few of the memories I have of Mary Ann, but it is how I remember her - caring, thoughtful, and constantly creating. She is missed!

Hi Alex, I'm glad you stopped by. Your mom said you might. I know MA had a special place in her heart for you.

Today one the one year anniversary of her passing, I reflected on the many gifts she has given me throughout the yrs, both the material and the spiritual. She built me up with her joy, laughter, unique sense of humor, intellectual curiosity and kindness. We exchanged many gifts throughout the years. She had such a precise insight into the things I liked. I appreciated artsy stuff just like her. So, she always chose gifts with attention to little details. Not just today, do I reflect on MA , but everyday, I 'm reminded of her as see the many gifts she gave me that are hanging on my walls, sitting on my dresser, etc. Her thoughtfulness was especially evident in the one particular gift she made for me. It's a little crown crafted out of hearts with ribbon streamers. Most touching was the the note with it that said "every castle needs a queen and every queen needs crown. " I cried at the beauty of those words expressed toward me. Only someone like her with an queenly attitude could express such a tender sentiment. I miss her. 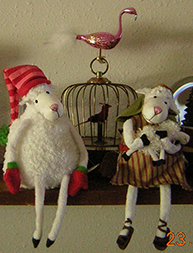 I came into your life for a reason, We grew together as best friends. We loved, cried and had so much fun, We taught each other how to love. Now, I am an Angel Friend, My wings are beautiful and white. I come to comfort you, Covering you with my Angel Wings. Just remember the fun we had, Our memories will always be in your heart. My presence will always be known, Now that I am an Angel Friend. (adapted from a poem written by Deborah Cassick, 2009)

Hi Loretta, Your sister was a beautiful person. The poem fits perfectly for her.

In memory of Mary Ann on the first anniversary of her death, I went to the beach to look for sea shells. I remembered that she was going to use them for knobs on her kitchen cabinets. I found one that might be a nice knob - I think I'll keep it.

Hey Tom, that was a brilliant idea (but our family is brilliant). That was definitely one of her favorite activities.

(As written to Loretta) Headstrong--sure of her capabilities, very talented--Free and independent. Afraid? No way--at age 5, she got on a tricycle and took off down the street which was a very steep hill. A tree stopped her! When she painted a picture, she would scrap and repaint, scrape and repaint, until she was satisfied. As a child she always wanted to be held and hugged close. I cannot forget one of the cutest remarks she made. I came into the living room and she was playing a record. I asked her the name of the song. She said "Marianna". I asked her "What kind of song was that?" "It's my Itrainian record". She new her father was Italian and her mother was Ukrainian--she put the combination as "Itrainian". She always had a lot of love to give to others. Her first grade teacher (someone I knew) told me that she thought Mary Ann was such a sweet child. Even though she seemed brave and pushy--deep down I always thought she had doubts about herself. Always on the go and doing things, no one would guess how sick she was.

I love MA's comment about being "Itrainian". That was so MA, original, nothing about her coming out of a cookie cutter mold. Again, she did it her way without stepping over anyone.

I remember ice skating and playing tennis with Mary Ann before and duriong high school. I remember her at the city pool drawing a peacock and how perfect it looked to me. I remember helping her by filing on a wood sculpting that she was making for an art class at YSU in the late '60s. Starting in the '80s, I visited her several times at the Cape and once in Florida. During these visits it was easy to see that she was an inquisitive, industrious creative person filled with ideas. On one visit to the Cape, she told me about her efforts to get funding from the state that was supposed to be available to keep land in farming. She and Edmund wanted to buy a tractor for the farm. During one of our birthday phone calls while she was living in Texas, she talked about wanting to make art objects in the themes of the casinos in Las Vegas for sale in their gift shops. She was busy trying to find out who she needed to sell the idea to at the casinos. There didn't seem to be anything she wouldn't take on to make her ideas happen. Mary Ann was also a caring person spending more time listening to your story than telling hers. Wherever she went and whatever she did she took the time to get to know people. I remember going to a flea market with her and Loretta. While most of us might stop and buy a jar of pumpkin butter, Mary Ann left that booth knowing how to make the butter and most of the man's life story. During a phone call, at a time that she was rebounding from her surgery and several other ailments, she said withe exhuberance, "I'm almost perfect!" I know for sure that anyone who knew her wishes that had been true.

Thanks, Tom. I'm really happy that you wrote something. I've learned something new with each person's rememberance. Your last paragraph is right on!

When I think of Mary Ann, I think of magic and whimsy. She had the artists' eye that could see the potential in any found object. Her sense of color and light always transformed her environments into warm and comfortable places to be. She paid attention to details, a bright blue bottle next to a cadmium red fabric, a shell placed just in the right spot, tiny Christmas lights cascading out of a wicker basket, little animals hidden among the plants. When she stayed with Loretta and David, her bedroom was next to the office where I worked, so I would start my day with a big hug from Mary Ann, under the watchful eye of little Anna of course. She would show me the latest projects that she was working on and talked of new ones yet to come. I was always amazed, that with all that she went through, she still managed to remain so giving and generous of heart. I will miss your bright spirit, Mary Ann. Anya 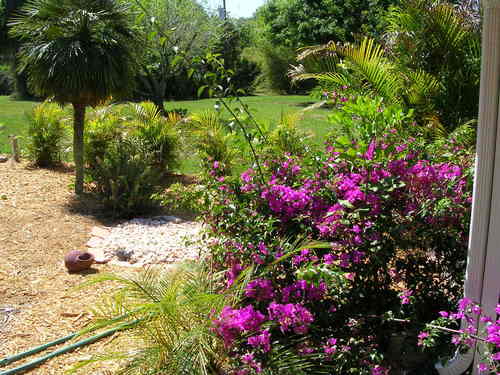 Ruth, what I lovely, well-thought-out tribute. I see why you took your time to do it. It is so wonderful to have all these thoughts about her from everyone.